Cognition and Culture in Chimpanzee Play 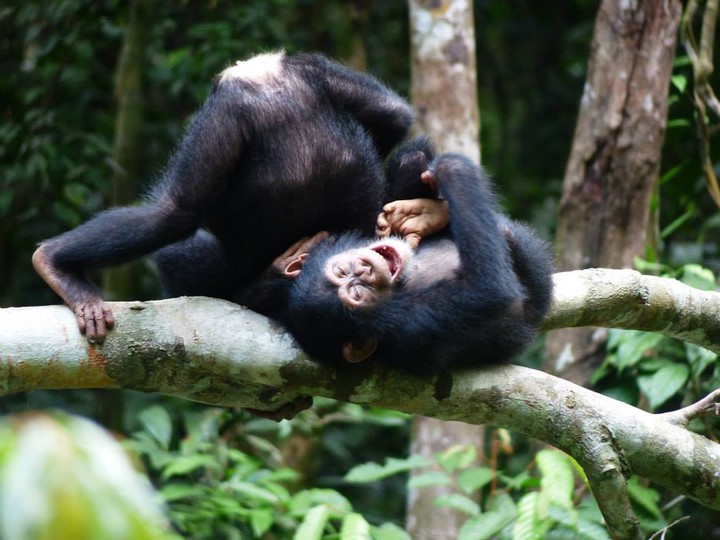 Funded by the British Academy and with mentorship by Dr Susana Carvalho in Oxford, this project will ask whether primate play can provide a window into the evolution of complex cognition. Human and animal lives differ so widely that comparative cognitive research struggles to find contexts in which to compare their intelligence directly. Researchers often create experiments to study animal minds in captive settings, but while these experiments are repeatable in humans and other species, they rarely represent challenges that animals face in their natural environment. Chimpanzees have been at the centre of this endeavour, as they are one of our closest relatives and show a number of cognitive abilities that resemble ours, while apparently lacking some of our higher cognitive functions. Finding a context in which direct comparisons between humans and free-ranging primates are possible is essential to understand how our mind differs from that of other species. One behaviour is highly similar in humans and other primates in form and function and has a clear link to cognitive development: In play, we reveal the whole extent of our creativity, imagination, flexibility, and our abilities to adjust to others and learn from them. Play’s foremost importance for child development is undeniable and it infuses all aspects of our adult life, making it one of the main predictors of human well-being and friendships. It has long been central to anthropological and psychological enquiries. The importance of adult play in humans is unique, but chimpanzees play extensively throughout their development, allowing direct species comparisons. Playing is key in acquiring social, technical, communicative and motor skills in primates, enabling juveniles to test new solutions flexibly in changing scenarios. Unlike other cooperative behaviours, the cognition involved in play remains largely unexplored, as researchers have focused on determining its function and impact on survival. If play is a preparation for the challenges individuals face over their lifespan, it is a magnifying lens of the cognitive flexibility in a species. Thus, using natural observations of play allows us to investigate the evolution of human cognitive development. At the same time, play is possibly the only context in which we can compare captive and wild chimpanzee populations in their cognitive development and well-being, providing a unique tool to test the impact of captivity on development and welfare. I will use play in juvenile wild and captive chimpanzees to understand their abilities to learn complex interaction rules, to flexibly and rapidly adapt to different roles and synchronise with others, and to create and transmit cultural traditions within communities. I will thereby open up a new comparative approach to the study of higher cognitive functions using natural observations.